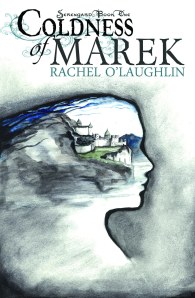 She wants to destroy the monarchy. He wants to preserve it.

Serengard has been under Orion rule for centuries—centuries of insufferable adherence to laws and traditions that its people no longer believe in. Raised by her scholarly grandfather in the fiery southern city of Neroi, Trzl is dedicated to turning the monarchy into a free society where knowledge is king and no one has to be subject to the whims of an Orion. As the rebellion escalates, her choices have an eerie impact on the revolution at large, elevating her to a position of influence she has only dreamed of attaining.
But there are downsides to her new power that entangle her in a dangerous web of emotions, appearances and alliances. Even as she plays to the attractions of Hodran, a rich nobleman who wants to aid her cause, she is drawn to Mikel, a loyalist farmer who hates the rebellion but just might be winning her heart. When Trzl realizes she is in too deep and seeks refuge in the chilling Cliffs of Marek, she isn’t prepared to meet one of her old rivals and rekindle a political game she thought she’d won. But the dark mess of betrayal and lies they’ve created propels them both into a dangerous standoff. And this time, the stakes are far too high.

{ More about Coldness of Marek } 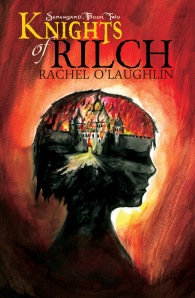 Nearly a decade ago, they were only a handful of knights.

When Serengard rebelled and the Orion monarchy fell, former crown princess Kierstaz Orion’s love for her people became a burning desire to set things right. With a price on their heads, Kierstaz and her brother Mikel led a handful of men against the new army, fighting skirmishes all along the border of Dreibourge. But months of heavy bloodshed forced her small band of knights to abandon the border—and all of Serengard—to the rebels.
Nine years and a thousand betrayals later, Kierstaz and Mikel again find themselves on the run—only this time, they’ve a boy in tow: Malcom, the son of two of the Seren rebellion’s strongest leaders. The new regime wants him dead, Mikel wants him alive, and it’s all Kierstaz can do to keep their tracks covered. Desperate to preserve the innocent life she swore to protect and the brother who has always stood by her, Kierstaz must gamble the last thing in the world she owns: her identity. Secrets are a staple of the Orion family, and those Kierstaz keeps are as dangerous as the ones kept from her.

{ More about Knights of Rilch }

After the Border Wars, Mikel Orion flees Serengard and seeks haven in the Desert of Aldad. Although he and his sister, Kierstaz, must become slaves in order to set foot inside its borders, the hot sands hold a bitter kind of peace—one he hopes to keep. But he risks destroying their newfound stability when he becomes entangled with an Aldadi girl. Aura has tragic secrets of her own, but she gives Mikel a purpose beyond his birthright, and when he leaves the Desert he carries scars that run deeper than skin.
Twelve years later, trouble brews in Serengard that threatens to pull in the Aldadi and the Drei alike. Trapped in a dungeon as the prize prisoner of Trzl—an orchestrator of the rebellion that killed his parents—Mikel is out of maneuvers. Even while Kierstaz gathers a force to attempt his rescue, Trzl transforms more and more into the hypnotic ruler she claims to loathe…and Mikel becomes convinced that peace has never been within his reach at all.

{ More about Rise of Orion }

After the death of notorious Seren king Altrun, Izannah Orion ascends the throne in Serengard under less than traditional circumstances. Ten years younger than she should be, and with questionable parentage, she is merely a stand-in for an heir that murdered his siblings and threatened to eclipse the kingdom in dark chaos. Against bad odds, Izannah quells unrest, forges treaties, and engenders trust where it is least expected…even in the thick-skinned, deeply scarred Captain of the Guard.

Many have called Izannah their salvation, but, seventy-four years later, her descendants are uncertain whether to call themselves blessed or cursed—especially Malcom, whose mother wants to use his power to usher in an age of deep deceit. The nation has already been war torn for a decade and a half. Firm traditionalist Kierstaz Orion is poised to retake her grandmother’s kingdom by force, and the armies converging on the Seren capital are more likely to aid her than stop her. Son of two rebels, Malcom is the last person expected to reclaim a peace never seen in his lifetime…but he is determined to try.

{ More about Blood of Ashlin }

A quick summary of my current existence.

I adore strong coffee, The Fray, long drives in the country, and compelling stories about humans. Most of my writings are epic fantasy or historical fiction, but occasionally I get distracted by a thriller or short story project. My most recent novel, Blood of Ashlin (the final installment in the SERENGARD series) is just a little bit gritty with a dose of redemption. I live in Maine with my husband and kids. Together we grow roses and spinach.
Loading Comments...
%d bloggers like this: